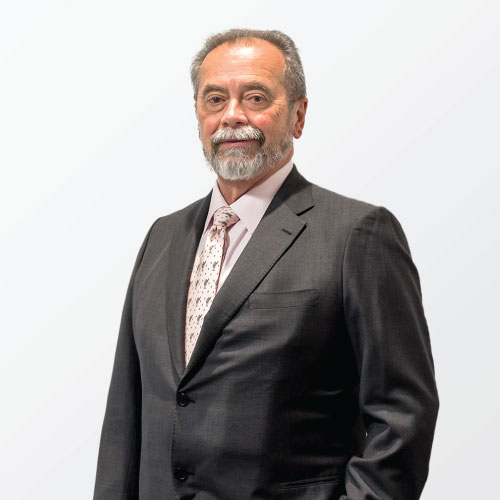 Douglas holds a B.S. in Petroleum Engineering from Universidad de Zula and completed additional studies in financial planning and human resources. He has over 45 years of experience in the oil and gas industry. He held positions in production and engineering during his career in Petroleos de Venezuela (PDVSA) where he became Subdirector of the Eastern Region, responsible for around 60% of the country’s production.

Throughout his career he has led efforts in reengineering and transformation of various organizations and has directly contributed in negotiating mutually beneficial alternatives for the parts involved. He was a permanent member of the technical committee that supported the head of Human Resources in managing collective contracts, which took place every two years.

He also led innovating, high-value projects for PDVSA such as: modernization of maintenance units for wells at Lago de Maracaibo, implementation of gas lifting systems in mature fields.

Douglas started his career with Creole Petroleum Co. and then with Lagoven S.A., then a subsidiary of PDVSA. He then moved up to reach supervisory and managerial roles in maintenance, offshore exploration, pipelines, oil storage, gas and LNG, maritime terminals, transportation, compression plants and distribution systems. He occupied several senior positions in human resources, offshore fleet management, drilling and production.

In 2004 he joined CBM Ingeniería de Exploración y Producción S.A de C. V. de México as a Consultant/Technical Advisor in projects related to exploration and production. He has been key in developing and implementing FEL methodologies for grilling, participating as a supervisor, mentor and also in developing the manuals for well interventions. Also, related to the processes of well interventions he led projects related to benchmarking and new business models for those processes. In 2010 he became a coordinator of key projects for the Northern Region where he was part of the Field Laboratories, Integral Analysis of Production Systems and others. Likewise, he coordinated projects in the Southeast Marine Region such as implementation of FEL methodologies, contract strategies, performance evaluation, selection of service companies among others.