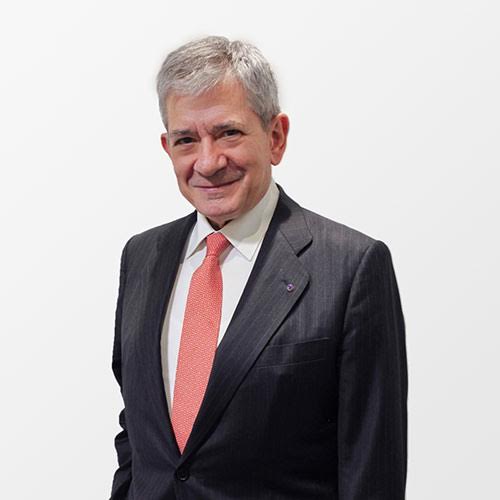 Mr. Barón serves as an independent member of the Technical Committee

Mr. Barón holds a B.A. in Law from the Universidad Complutense de Madrid, and a Master’s in Management from ICADE and ESSEC Business School.

He has was a professor of Economic Structure at the Universidad de Madrid between 1966 and 1970 and associate professor of Economics at ICADE between 1965 and 1972. He served as a lawyer specialized on human rights during Francisco Franco’s rule, between 1970 and 1977. He was named Minister for Transportation, Tourism and Communications during the first term of President Felipe González, between 1982 and 1985 where he worked to modernize Spain’s rail network which was then facing challenges of technological obsolescence and decreasing profitability. He was elected deputy for the European Parliament in 1986, where he remained until 2009. During that time, he served as Vice-President (1987- 1989), President (1989-1992), President of the Commission for External Affairs (1992-1995) and President for the Commission for International Commerce (2004-2006). He represented the European Parliament during the Intergovernmental Conference for the Treaty of Lisbon. He was President of the European Movement International between 1987 and 1989.

He was City Council for the City of Madrid between 2003 and 2004 In 2000, Mexico’s President Ernesto Zedillo awarded Mr. Barón with the Aztec Eagle Order for his efforts to strengthen relations between Mexico and the European Union. Thanks to his long and solid experience in the Eurochamber and his contributions to the process that concluded in the Agreement for Economic Association, Policy Concentration and Cooperation, Mexico and the EU signed a Free Trade Agreement. The Order awarded to Mr. Barón is the highest honor bestowed to foreigners as a recognition of the highest conduct and exemplary merits as other work in the benefit of Mexico Today, Mr. Barón presides over the International Yehudi Menuhin Foundation and its Spanish charter and the European Foundation for the Information Society. Additionally, he is a member of the Advisory Committees of the Notre Europe and Gold Mercury International think tanks.