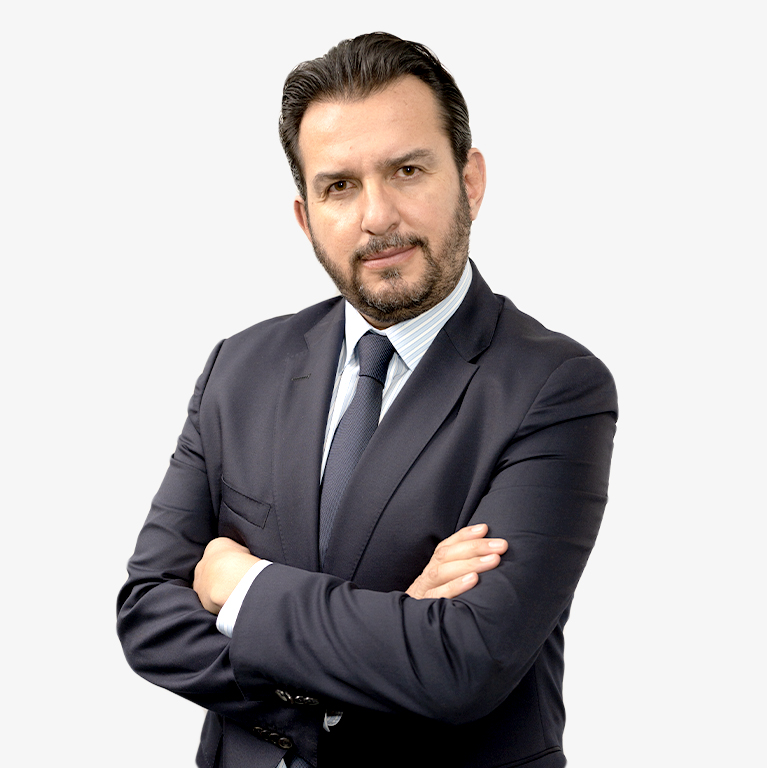 Is a founding partner at Ainda where he serves as Executive Investment Director. He is a member of the Investment Committee.

Gabriel holds a B.S. in Economics from Instituto Tecnológico Autónomo de México (ITAM) and holds a MBA from Chicago University. He has extensive experience in the energy and finance sectors, and held highly relevant positions, including Interim Head and then Head of GE Oil and Gas for Mexico (2013 – 2015), Director of Business Development for GE Mexico (2011 – 2013), Director of Investments for GE Capital Real Estate Mexico (2006 – 2011). Between 2000 and 2006 he worked for Mercer Management Consulting where he became Principal. Before that he held various positions at the Mexican banking regulator (CNBV), including Advisor to the Chief Regulator. While at GE he was a member of the Advisory Board and the Corporate Executive Committee for GE Mexico as well as the Executive Committee for GE O&G Latin America

While at Mercer, he participated in various projects in operations and strategy for companies in both the publica and private sectors in the space of oil and gas and logistics. Specifically, he led a large international team in advising one of the largest oil companies in the world in the design of the business model of its drilling unit. He was also a part of the team that designed the new operating model for petroleum products transportation under an international alliance for a large refiner. In the space of logistics, he developed the Mexico 5-year-plan for a leading global courier company, identified revenue management opportunities for the cargo unit of a US carrier and redesigned the business strategy of one of the main pharma distributors in Mexico

As Executive Director of Investments for GE Capital Real Estate, he led the acquisition and development of assets in the industrial sector, including among many projects the partnership with a Mexican developer to establish the main aeronautic industrial park in Mexico. Additionally, he was responsible for the sale of a portion of the assets in the industrial portfolio, generating double digit returns

As Director of Business Development for GE Mexico, he worked with the business units in the design of growth strategies and closing of specific projects, with focus in sectors such as public lightning, water, power generation and oil & gas. Under Gabriel’s leadership GE’s businesses had an accelerated growth, fueled by large projects such as the first private Ethylene processing plant and the development of electric power projects for Pemex

More recently, as Executive Director of GE Oil & Gas Mexico, Gabriel led the commercial strategy for a business that offers a wide portfolio of hi-tech solutions in upstream, midstream and downstream through 5 business units (Subsea & Drilling, Turbomachinery Solutions, Downstream Solutions, Digital Solutions y Surface). As the leader of the Pemex account, Gabriel repositioned GE through the structuring of financed solutions, as well as the establishment of alliances with Pemex, the Mexican Petroleum Institute and leading oil & gas operators in Mexico

Gabriel has led key agreements with Pemex in the context of new procurement processes, making a more dynamic and fluid service sector. Additionally, he was responsible for the design of the growth strategy in light of the new opportunities triggered by the energy reform. While at GE he was involved in projects in fields such as Ayatsil-Tekel, Lakach, Ku-Maloob-Zaap and Abkatún as well as refineries and plants such as Tula, Madero, Cadereyta and Nuevo Pemex