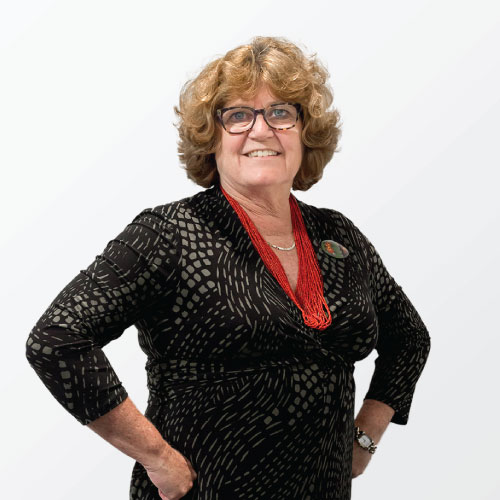 Ms. Evans holds a B.S. in Civil Engineering and a Masters Degree in Sciences, both from Colorado State University. She was Associate Director of Aviation, Denver International Airport between 1986 and 1994, overseeing 300 separate contracts and a capital budget of US$ 2.7 billion and also its Director of Aviation. Additionally, she was Chief Aviation Engineer for CH2M HILL, a company focused on consulting, design, construction and operations.

For almost 10 years she worked for Carter Burgess, a civil engineering firm where she became Director of Aviation. Carter Burgess was eventually acquired by Jacobs Engineering Group Inc. In 2008 she became Director of Aviation Division and Senior VP in Parsons Corporation, an international firm focused in engineering, construction and technical and administrative services in sectors such as infrastructure, environmental and defense where she has led international projects on aviation. She also participates in the Airport Cooperative Research Program (ACRP).

Currently, she serves as Commissioner for the Chicago Department of Aviation where she delivered an US$ 8.7 billion agreement to expand the O’Hare International Airport. This investment will include the building of a new terminal and three concourses, and significantly expand the terminal core and new gates to enhance performance for airlines and customers.

Ms. Evans is the recipient of the American Society of Civil Engineers President’s Medal; the McGraw-Hill Engineering News Record Award of Excellence; and the U.S. Environmental Protection Agency’s Pollution Prevention Award. She is a member of the National Academy of Construction and the International Women’s Forum.