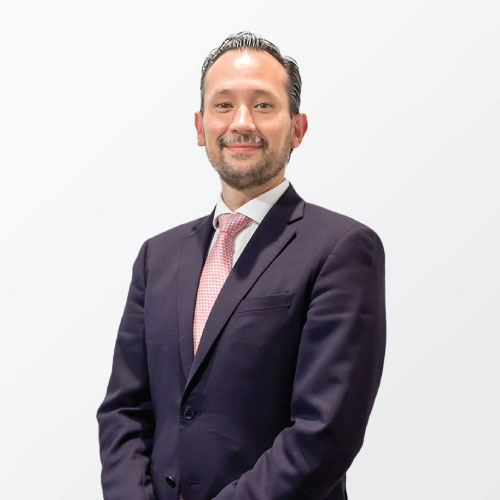 Holds a B.S. in Management with focus in finance from the Instituto Tecnológico Autónomo de México (ITAM). He is a member of Beta Gama Sigma’s Mexico chapter and has attended courses on economics and law at the CWC School for Energy.

Has more than 13 years of experience of consulting in areas such as valuation, economic analysis and risks, optimization of logistical systems, pricing methodology, market studies, performance tracking, executive compensation plans, value-based management and analysis of digital systems. He started as a consultant with Stern Stewart & Co, where he was an analyst and then an associate. In 2008 he joined Ainda Consultores, S.A. de C.V., where he became a partner in 2013 and has focused mainly in oil and gas, upstream projects.

The economic valuation projects that has been a part of reached investment amounts grater than US$ 10B. He has led and co-led a diverse set of projects for both the public and private sectors in oil and gas, transportation, technology, beverage, construction and telecoms. He is co-author of the study “Mexican E&P Market: Facts & Figures; Preliminary assessment of referential areas” for the evaluation of 12 representative fields in areas that were part of the Round 1 bid in Mexico, published in 2014