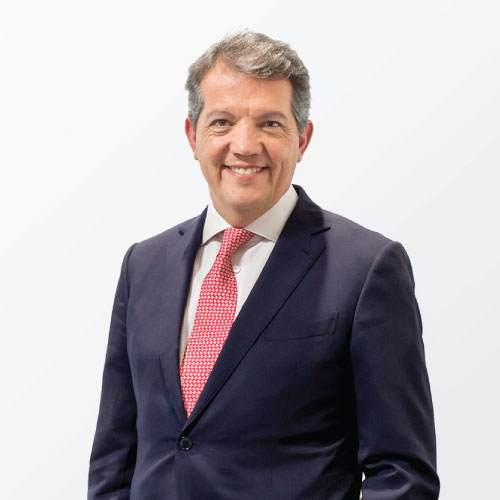 Manuel is a founding partner of Ainda where he is CEO. He is also a member of the Investment Committee

Manuel holds a B.S. in Economics from MIT and and MPA from Harvard and has taught courses in economics and finance at Instituto Tecnológico Autónomo de México (ITAM) and Universidad Iberoamericana. He has worked for both the public and private sectors mostly related to infrastructure. Positions include Director of Studies at the Agriculture and Water Resources (1993 – 1994), founding partner at Análisis y Desarrollo de Proyectos (ADP) acquired by Mercer Management Consulting (1994 – 2006), Undersecretary of Transportation at SCT (2006 – 2008), Chief of Structural Change at SCT (2008 – 2009), Chief Administrative Officer at the Interior Ministry (2009 – 2010) and Head of GBM Infrastructure (2010 – 2015). Additionally, he was President of the Board of Aeropuertos y Servicios Auxiliares (ASA) (2006 –2007) and Alternate Board member at PEMEX (2006 – 2007)

While at ADP and Mercer, he was part of various projects that were related to the advisory, valuation and design of long term strategies of oil companies as well as the design of the business model of the drilling units of one of the largest oil companies in the world

He developed projects for LNG companies; identified opportunities for a public electric utility to attract investment from the private sector; developed a 5 year plan for a courier company; designed the business plan for the Toluca Airport; participated in the development of a telco business by deploying a new fiber optics network; helped promote the first tourist port in Cozumel; designed the merger and integration of 8 municipal water operators and designed the divestment of assets to strengthen the federal public finances of Mexico

While at SCT he led various projects such as supervision of the construction process and launch of the Sistema 1 del Tren Suburbano de la Zona Metropolitana del Valle de México (ZMVM); construction and launch of Terminal 2 of the Mexico City International Airport; design of the Punta Colonet project and design of Systems 2 and 3 of the Trenes Suburbanos de la ZMVM; study of the financial structure to promote the new airport located at Riviera Maya; participated in the negotiations and signing of 4 agreements for urban infrastructure

While at GBM he led the acquisition of 49.9% of Desarrollos Hidráulicos de Cancún (DHC), first private water utility in Mexico, with a contract to serve the Benito Juarez and Isla Mujeres Municipalities in the State Quintana Roo. As a consequence of the improvements in its performance, DHC obtained a AA rating by Fitch and HR Ratings and retained the extension of the additional 30 concession. Solidaridad Municipality (where Playa del Carmen is located) was added among its clients. Also, at GBM he created and structured the winning consortium to bid in the Siglo XXI highway project with a 30 year concession to build, maintain and operate the highway connecting Puebla and the eastern end of Morelos. He also led the negotiations for the acquisition of 50% the first 2 stages of the Parque Eólico Tres Mesas in the State of Tamaulipas with 148.5 MW capacity. Other projects include negotiation and acquisition of 51% share of Tecsa-Iacmex that hold 2 out of 4 contracts for the infrastructure and management of the Mexico City Water System serving 8 out of 16 of the city’s delegations, with a total population of around 4.8 million