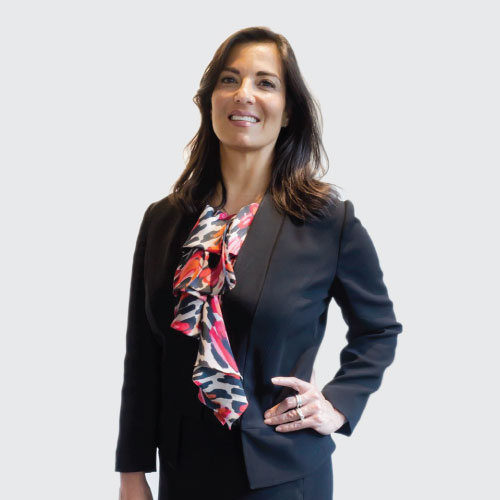 Serves as Director for Legal and Compliance

Within the private sector, Teresa worked for Baker & McKenzie and EC Legal Rubio Villegas. She then became legal coordinator for natural gas distributor subsidiaries of Semper Energy. In the telecom industry, she was legal manager for America Movil where she was a liaison between Mexico, United States and Europe and participated in the inter-company contract review with service and telco infrastructure suppliers.

For the public sector she has held various positions both managerial and in directorships for the Presidency of Mexico as administrative liaison in the Coordination of Cabinets and Special Projects; in Pemex Gas y Petroquímica Basica as an advisor for the Subdirector of Natural Gas; for the Federal Electricity Commission she was responsible for implementation of commercial best practices, management of concession titles and the design of contracts for service offering for CFE Telecom.

Teresa was Director of Contracts for the National Hydrocarbon Commission (CNH) where she gave legal advise in the implementation of contracts for the Round 1 bid, mainly in the start phase. She was also Director of Contracts at the Energy Ministry where she oversaw the design of contracts for exploration and production of hydrocarbons, the intergovernmental coordination with the CNH, the Mexican Finance Ministry, the Federal Competition Commission, the Federal Energy and Environmental Safety Agency and with Pemex Exploration and Production to develop the legal documentation for the bidding for the rounds prior to publication by the CNH. She was also in charge of the processes for Farmouts and contract migration for Pemex entitlements. She was assigned by the Energy Ministry as a substitute Board Member for Pemex Exploration and Production and in the representative at the Shareholders Assembly at PMI Comercio Internacional S.A. de C.V.